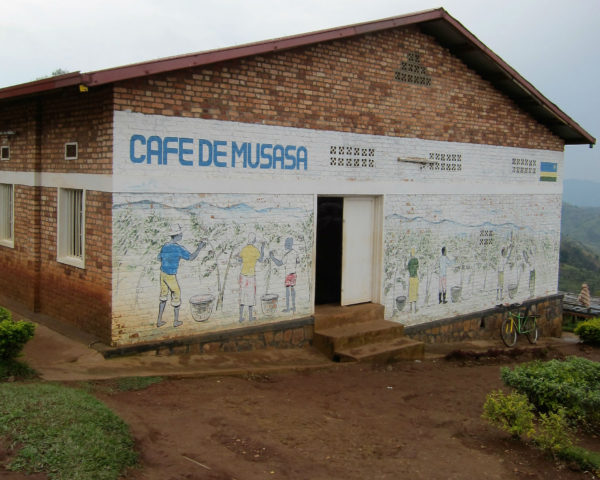 10
Mar
Harvested between March and June, this bourbon coffee is sourced from a collective of family owned farms located near the Musasa mill in the Gakenke District of Rwanda. Grown between 1,500 – 2,000 feet on volcanic loam soil, this coffee is fully washed and then dried in raised beds. Sweet flavors of earl grey tea, bosc pear and brown sugar make for a delicious and smooth cup.

In 2000, the Dakunda Kawa Cooperative was formed, with enough funds to build their first wet mill. They have since built another three wet mills and one dry mill. The quality of this coffee has been recognized  world wide, consistently placing as one of the best in the Cup of the Excellence annual auction.

Multiple sustainability-minded organizations, including Thanksgiving Coffee Company, have supported the Cooperative’s efforts to elevate living standards by investing in livestock, better access to healthcare and environmental protection programs. The project “Responding to Climate Change: Building Community-Based Reliance” was awarded the 2012 Sustainability Award from The Specialty Coffee Association of America (SCAA) 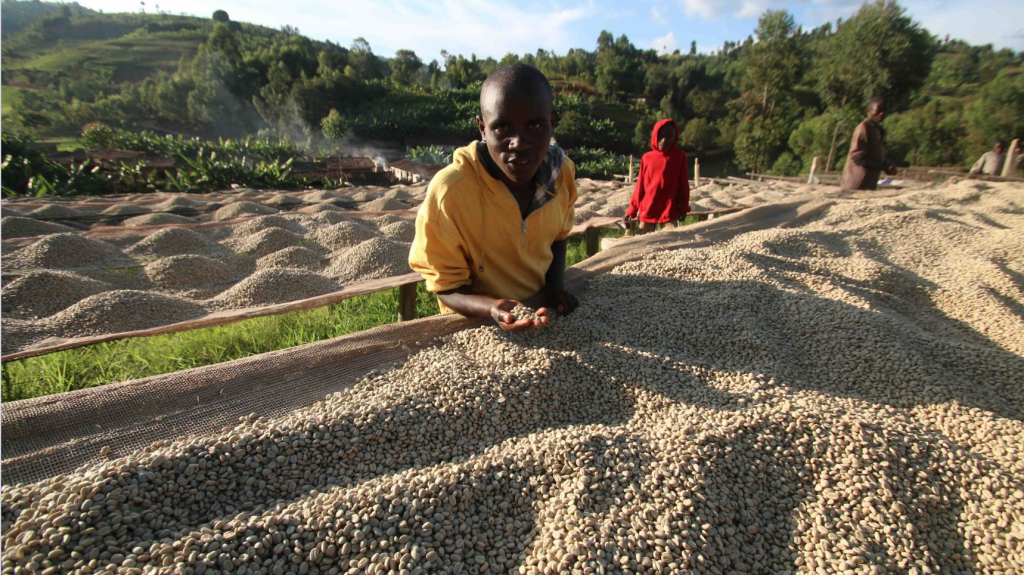 Burundi is a small landlocked country nestled in the heart of Africa, just south of Rwanda. Grown at high altitude from March to July, Gacokwe is a fully washed Bourbon that yields an herbaceous, unique cup with an equally complex history and processing method. You can look forward to notes of tangerine, key lime and jasmine.

Traditionally, coffee in Burundi is depulped and “dry fermented” for up to 12 hours and then fully washed in a bath of clean mountain water for 12 to 24 hours. The seeds then float down water channels and are separated by density. Finally, they are soaked for an additional 12 to 18 hours before drying in parchment on raised beds.

Burundi has a long history of conflict, which has greatly influenced coffee production. Originally, coffee farming was controlled by the Belgians until Burundi gained independence in 1962. Although coffee production became private after that, farmers were not interested in growing coffee, seeing it as a symbol of colonization.

Production saw a huge decrease until 1976 when the industry became state-controlled. After failed attempts to increase and improve coffee production, Burundi finally re-privatized in 2009 and has stayed private ever since. Coffee has been a critical element in helping rebuild Burundi since their civil war in the late 20th century.

Rango, located in the Kayanza province, is the town where Gacokwe comes from. Café Imports, one of the first companies to invest in creating a market for specialty Burundian coffee, ensures that a quality premium is paid above the normal “market rate” and that this premium is paid directly to the farmers.