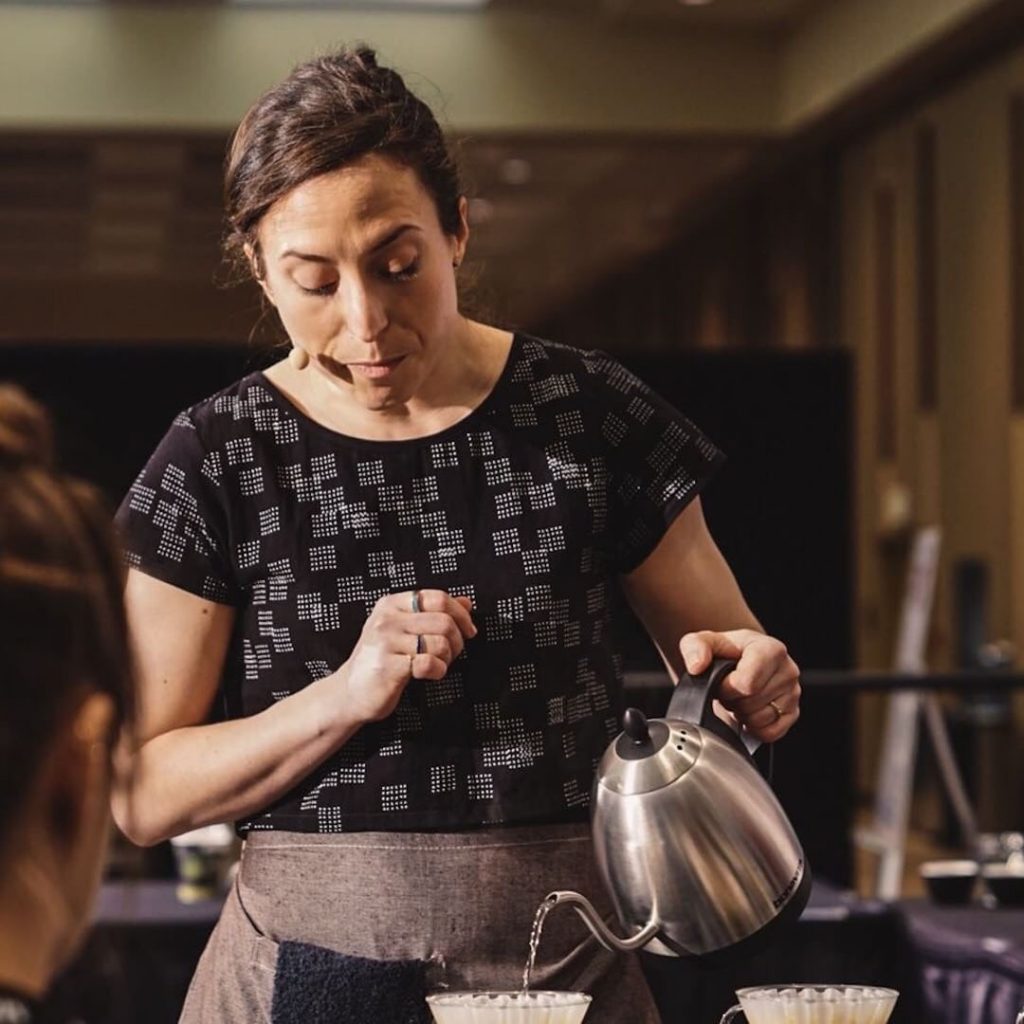 Created in 2011, the US Brewer’s Cup Championship is a competition created by the Specialty Coffee Association that “highlights and celebrates the art of manual brewing,” by placing coffee professionals from around the nation in tournament with one another to brew exceptional coffee. Contestants are graded by judges on their knowledge, skill, professionalism, and ultimately on the quality of their coffee. Walker-Watson is one of three owners of the Seattle-based Slate Coffee Roasters with her brother, Keenan, and her mother, Lisanne.

Walker-Watson is no stranger to competition, having placed in America’s Best Espresso twice in 2015 and 2017 respectively and participating in several competitions throughout the years. With the help of her coach, Angelique Rosario, Walker-Watson has been preparing for US Brewer’s Cup since January 2017 after selecting a rare Yemeni coffee from exporter Port of Mokha to use. Her selection of this coffee was not just because of its notable quality, but also, it’s story.  The coffee was expertly roasted by Keenan, Slate’s Green Buyer and Head Roaster.

In 2016, Walker-Watson met Mokhtar Alkanshali at a coffee cupping in Seattle. It was here they begin to speak about coffee, community, and Mokhtar’s stranger-than-fiction journey helping Yemeni coffee farmers cultivate the best possible coffee and transport it out of the country amid civil war.  A limited amount of Port of Mokha coffee roasted by Slate will be available for sale on Slate Coffee’s website starting Tuesday, May 2nd and will be available while quantities last.

“Winning 2nd in the US Brewer’s Cup is an achievement for our entire team at Slate and serves as a culmination of our efforts in sourcing, roasting and training.  With my performance and choice of coffee, I intended to emphasize the power of relationships in coffee and to celebrate the efforts of coffee interventionist Mokhtar Alkhanshali in the historic origin of Yemen.” –  Chelsey Walker-Watson

“At Slate, we seek to elevate coffee culture in the Seattle community, and we source and roast coffee and prepare it with care to emphasize what makes each coffee, and the farmers that produced it, unique.  National recognition of our sourcing, roasting and brewing practices reinforce our efforts and prepare us to continue to build upon our relationships.”